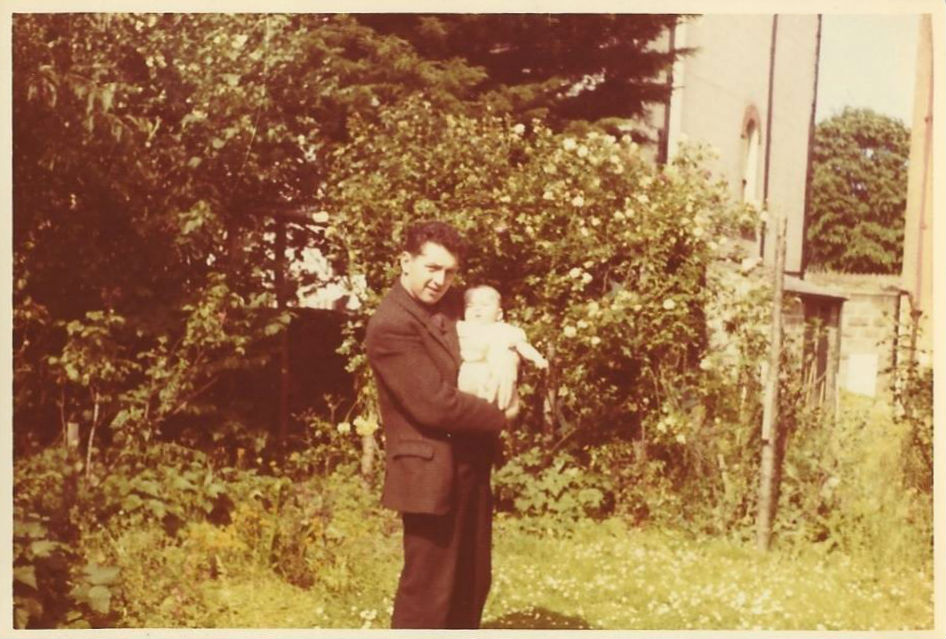 I had my gang of friends who lived nearby, we’d collect conkers or blackberries in the nearby fields, ride our bikes down to the beach, play World Cup football in the park or tennis on the road during Wimbledon fortnight. I had my indoor hobbies, too: reading Enid Blyton, Richmal Crompton and Biggles books, collecting stamps, making Airfix models of planes and tanks, and dreaming of having a whole room of my own for my infinitely expandable Hornby train set. We always had pets, whether they were dogs, cats or tropical fish. My grandmother gave me a Jack Russell puppy of my own and Cindy became part of the family.

Being an Aer Lingus family, we had the incredible benefit of cheap air travel. We made good use of it, and one of my earliest memories (though a very vague one and muddled by jet lag) is of a visit to a snow-covered New York City. There were other visits to the east and west coasts of the United States over the years, as well as the UK, Spain, Yugoslavia and Algeria. My father flew the trans-Atlantic route, which meant exotic gifts from the US like an early Texas Instruments digital watch and even a red racing bike (which replaced my stolen Raleigh Chopper – even in childhood paradise there was crime).

His work also meant that he would routinely be gone for days at a time and often asleep when he came home. A typical young boy, I was in awe of his Air Corps and Aer Lingus uniforms, and when he wasn’t around I’d try on his pilot’s cap. Even now I can remember the feel and the smell of it. He’d sometimes bring me to Dublin Airport and I got to visit such exciting, out-of-bounds places as the aircraft hangers, crew room and the air traffic control tower. I even once got to have a go on the flight simulator! When I was old enough, I used to cycle the few miles over to the airport and do “planespotting” outside the boundary fence. If you’d asked me at the time what I wanted to be in the future, I’m sure I would have said, “a pilot!”

When my father was home, he would often busy himself fixing something mechanical, something he continues to do in his 70s. At one point, I seem to remember we had several Minis in the front driveway, and there was even a boat, though I don’t remember the latter ever coming into contact with water.

Beyond these various fragments of details, I don’t really remember specific conversations or moments with my father. From what I do remember, it seems like they were generally happy times.

The cracks started to show – or I started to notice them – as I entered my teens.